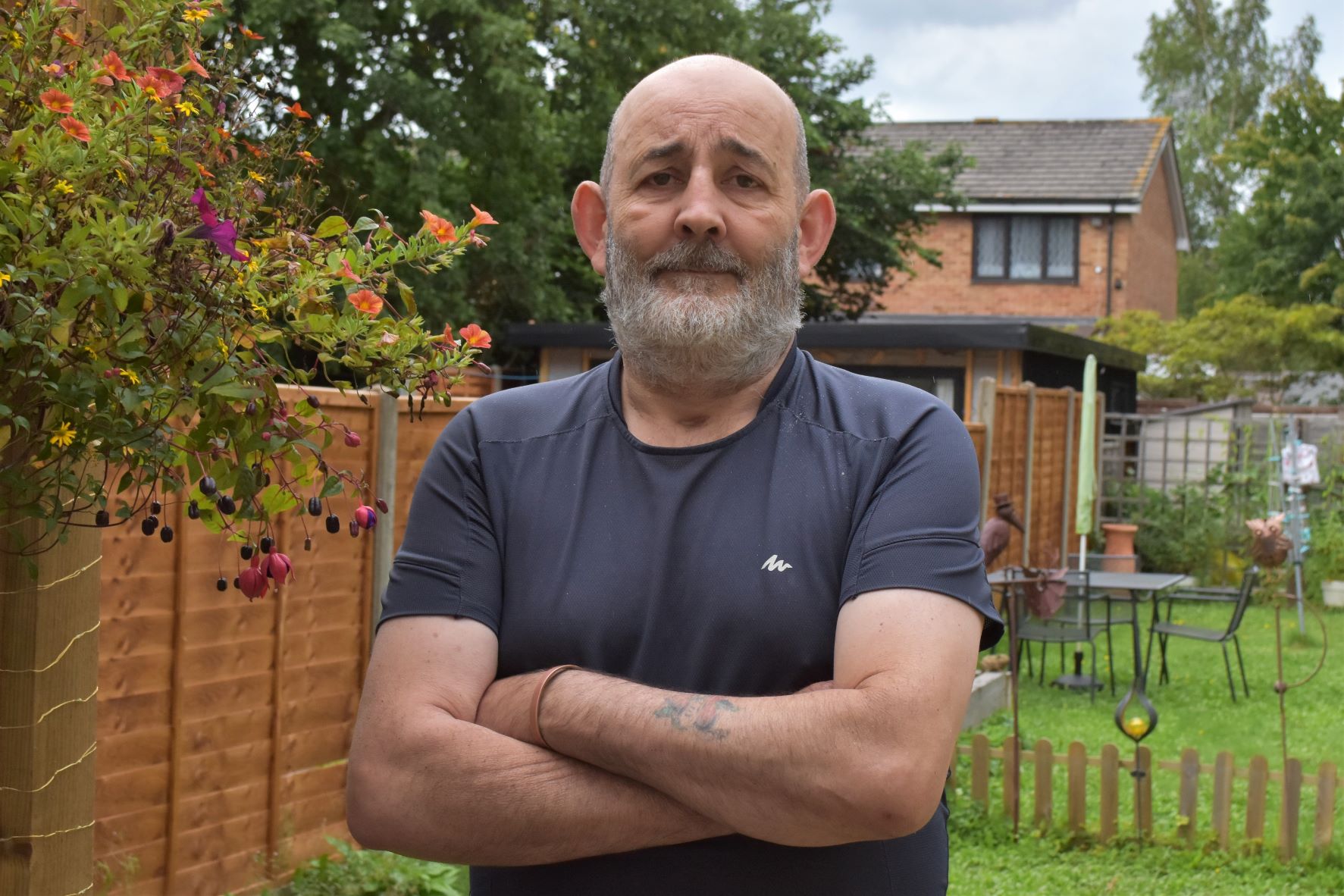 When Andrew came home from work feeling exhausted one weekend in April 2020, he thought he’d overdone it.

“I’d been working long hours and felt like I had a dose of the flu,” he explains. “But by Monday morning I was struggling to breathe and my wife called an ambulance.”

Andrew, now 58, was taken straight to the ICU at East Surrey Hospital and diagnosed with COVID-19. With family instructed to stay away, doctors decided after two days to put Andrew into an induced coma to give his body its best chance to fight the infection.

Three times during that horrendous period, his family and friends were told that Andrew wouldn’t live through the night, but he kept on battling. It was five months before Andrew saw his wife again.

“Following the coma, I was reliant on breathing apparatus for three months and couldn’t talk at all. Unable to eat, my weight dropped from over 16 stone to just 8 and a half stone.”

Depressed and frightened, he began his long road to recovery, moving to St Helier Hospital in Sutton for specialist renal treatment and then to Headley Court, near Epsom, for further rehabilitation.

In March 2021, Andrew was signposted to our Exercise Referral programme, following six weeks of physio treatment through First Community.

“We have been receiving referrals from the First Community Long COVID rehab team since April 2021, highlighting the current need for ongoing targeted support.”

“Andrew had lost a significant amount of muscle mass from his time in hospital so we set an initial goal to build some strength and aerobic capacity without undoing any of the work he had completed with the COVID rehab team.”

This year, we have received funding to launch a new Long COVID pathway in partnership with Active Surrey.

“The support I’ve received from the Exercise Referral team is immense,” says Andrew. “Wayne keeps an eye on me, knows exactly what I need to do and tells me off if I rush. Slowly, slowly he tells me! It’s not a race – it’s about getting fit.”

“YMCA’s Exercise Referral sessions have given me increased mental and physical confidence to go out and do my own thing. I can walk further than I could before and I don’t get so out of breath. When I struggle, I’ve learned to stop, sit down and start again when I feel up to it.”

“2020 was the worst year of my life, but I feel very lucky to have survived it and I’m positive about the future. I’m not one to ask for help, but in this case I’ve had to and I’ve benefitted so much as a result.”