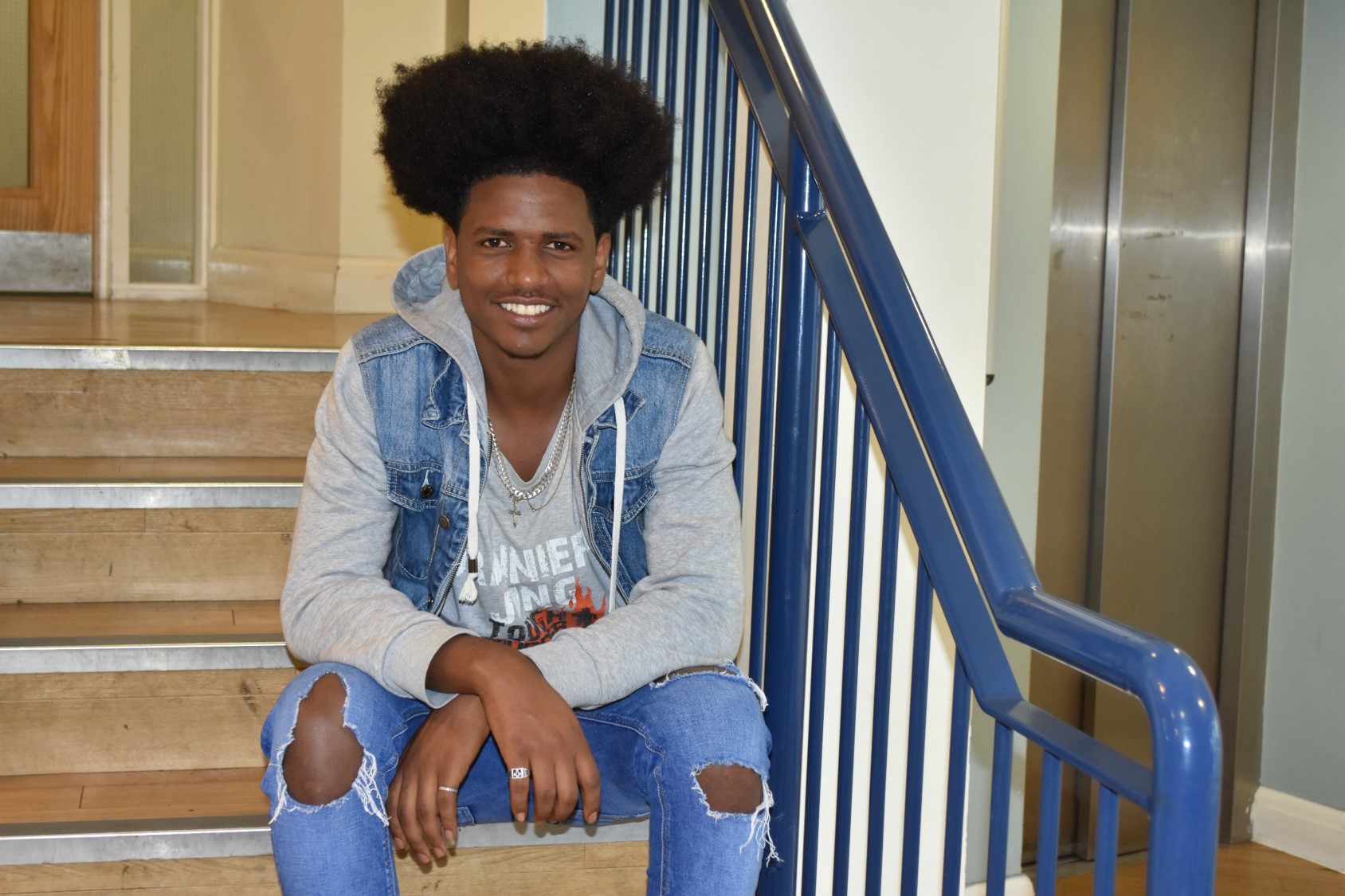 Henok arrived at Hillbrook House in August 2018, aged sixteen. War and conflict had driven him from his family and home country of Eritrea, and he had spent six months in the refugee camps outside of Calais, before making his final crossing to England in search of a better life.

“I travelled through Ethiopia, the Sudan, Libya, Italy and France,” says Henok, now 18. “It was a difficult journey and I had very little money. I spent six months in a refugee camp in Calais, sleeping under a bridge.”

Arriving in the UK with nothing but the clothes he wore, a phone with no charge and unable to speak English, Henok sought help from the authorities. Surrey Social Services contacted YMCA Hillbrook House, our safe, secure and affordable accommodation in Redhill for young homeless people, and we were able to offer Henok a place to stay.

“I was so relieved to be here,” says Henok. “It is hard to make a home in a new country when I can’t chat and I don’t have the language, but I am happy now. I had nothing and the YMCA gave me everything I need.”

YMCA’s housing support staff enrolled Henok in healthcare and education services, as well as guiding him through a range of life skills such as opening a bank account, budgeting, and benefit claims. He began taking classes to learn English in order to improve his communication skills and is currently a student at East Surrey College studying ESOL (English for Speakers of Other Languages).

“Many young people at Hillbrook House have a high need for housing support, including those from abroad seeking asylum from atrocities in their own countries and local young people facing family breakdowns during the COVID-19 crisis. We address many mental health issues, helping them to explore their feelings and different ways of coping, discuss positive and negative friendships, and provide one-to-one and group sessions that make a real difference to a young person who doesn’t have support from other adults in their life.”

YMCA Housing Support Worker, Mojisola Oyelola has been working with Henok and other professional parties to help secure his stay in the UK, assisting him with the process of filing for his refugee status, completing the application and preparing him for the interview process. Henok has now been granted 5 years’ asylum, thanks to Moji’s dedicated support.

“Henok has made great improvements over the past two years,” says Moji. “He is a lovely young man who is almost ready for his own independence and he should feel very proud of himself.”

“I am so thankful for Moji and the help she has given me,” says Henok. “I would have had to sleep on the streets if the YMCA had not given me a bed.”

“I’m excited at the thought of moving on soon. The future will bring good things, but right now, I want to carry on learning. Everything is better for me in the UK and I want to stay here always.”

Read more about our Housing Services