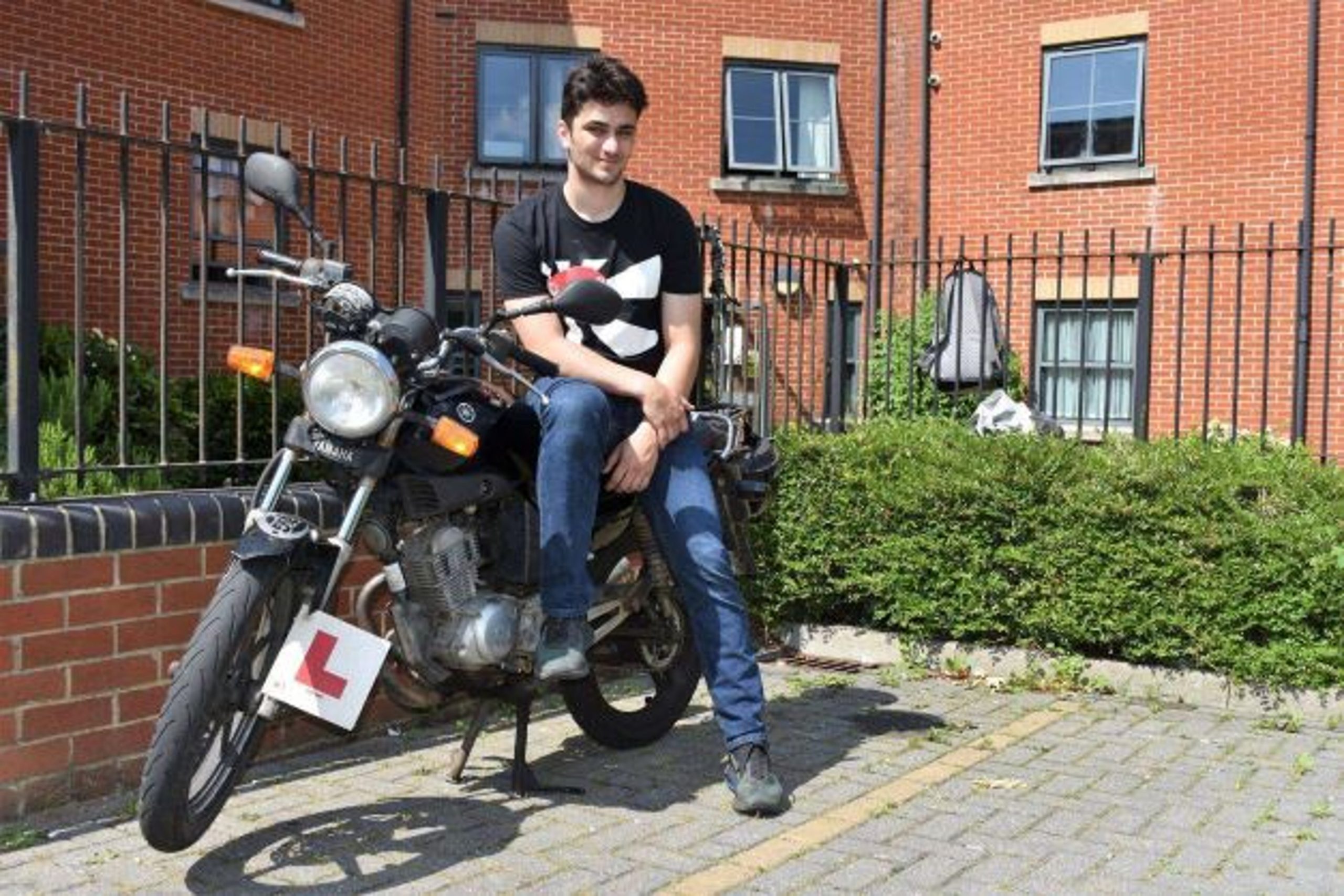 At the age of 16, Indy’s life was following a path that was littered with drugs and violence.

Struggling to focus at school and under the influence of his older brother who was already battling substance abuse, Indy was dragged into mixing with the wrong crowd and his behaviour took on a downward spiral.

“I began to buy and sell drugs,” he explains. “It brought me into contact with some very dangerous people and I was living on a knife edge. Anyone pushed me, I pushed back harder. I had no positive role models and my temper was out of control.”

After one family dispute too many, Indy walked out of his home and was directed towards YMCA Hillbrook House in Redhill by his Youth Support Services key worker.

YMCA East Surrey’s Housing Services provide opportunities for people aged 16 to 30 who are facing homelessness within the local community, helping them to access housing and offering support that meets their individual needs. Our younger residents are especially vulnerable and between July 2020 and July 2021, we supported 58 16-to-18-year-olds.

“I found living alongside other people incredibly difficult as I wasn’t used to respecting others or listening to their views,” says Indy. “I rejected the help I was offered because I didn’t know how to reach out for it.”

Eventually, Indy reached a crossroads where he realised he had to open up and make some changes.

“I had nothing else to lose,” he remembers. “The YMCA staff at Hillbrook House offered me unconditional support. They were tough but they did not stop pushing me to improve myself. They genuinely wanted me to do better and to feel better.”

During 2020, 7,391 hours of support were provided to residents throughout the year. We work closely with Reigate and Banstead Borough Council, Tandridge District Council and Surrey County Council to deliver our services.

Indy became one of the first residents on the pilot Y Focus programme, which offers regular activity workshops to residents, ranging from employability, money management and life skills, through to gym sessions, team building and mental wellbeing.

“Within a month of arriving at Hillbrook House, we aim to support new residents into either volunteering, education, employment or training. If they are not ready due to personal barriers, they are enrolled instead onto one of our bespoke programmes – such as Y Focus – with the paramount objective of giving these young people the opportunity to thrive and achieve their goals.”

Indy, 20, has now secured a full-time job with a local company and moved out of Hillbrook House, progressing to a YMCA supported Move-On house in Redhill.

“It feels like I’m beginning to build my own life,” he says. “I’m doing so much better, I’m clean and I have an improved relationship with my father. The YMCA housing team taught me that it doesn’t matter where I’ve come from. The life I live now will define me.”

“I’ve found happiness and freedom. For as long as I can remember, people have been telling me that I won’t make it. And I have.”

“Indy is friendly, articulate and has a heart of gold. He came to Hillbrook House as a boy and, when he moves on to independent living soon, he will be leaving as a man.”

Read more about our Housing services